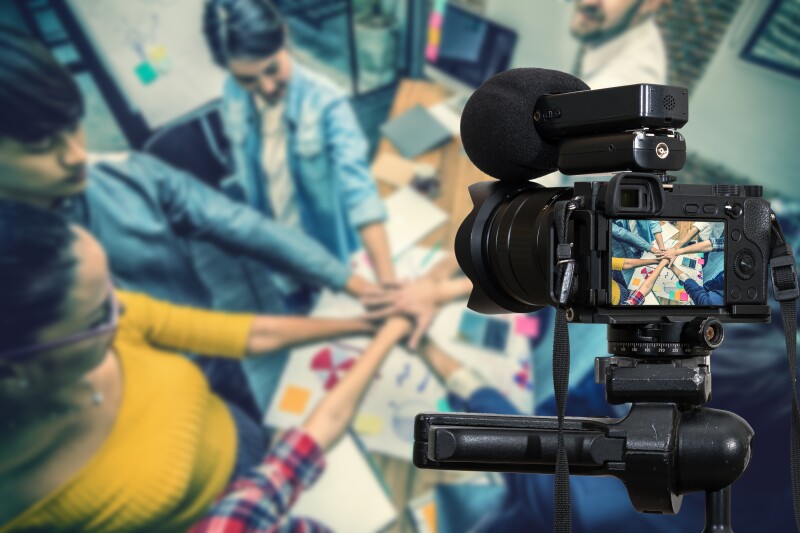 In 2013, I declared in an ATD blog post that video is the new flipchart. My contention was that media skills such as videography will be as important for trainers as facilitating in the classroom.

Since then, the number of trainers who make their own video has skyrocketed. A recent study by the eLearning Guild found that more than 90 percent of organizations now make video. But how many trainers are happy with video?

I will be facilitating a certificate program at ATD 2018 in San Diego for people who want to learn how to use consumer-level equipment to create engaging video that looks professional and reinforces learning. In the meantime, I want to answer five of the most common questions I get from trainers about making instructional video.

This is like asking, “What makes a great cup of coffee?” While many will agree instant coffee won’t cut it, few will agree on the perfect brew.

The best way to answer this question is to merge traditional media practice—such as cinema and television—with traditional instructional design. But while we’re at it, we must remember our purpose is to support learning. Good video is:

When I coach clients and do a video review, I ask two questions. First, “Is this quick and easy to understand?” If I’m left wondering what the video was all about, we need to simplify things. My second question is, “Where is my attention directed?” If it’s the content, that’s great. But if I am drawn to production techniques like gratuitous transitions or special effects, it fails. Generally, video needs to be short and simple; otherwise, it loses many of its advantages.

Question 2: How much should I spend on a camera?

Don’t get sucked into buying an expensive camera with loads of features. It’s not the camera that leads to awesome video, it’s you and your skill level.

We use a $300 camera in my video workshops for trainers. This stuns a lot of people until they see how good their video comes out. It’s because they follow the basics of shooting video; this ensures their online video content looks awesome when filmed on just about any camera.

My advice is to find the cheapest camera with an external microphone facility and the following manual functions:

Most trainers tell me they have a budget of $200 to $600. At the moment, Canon’s Vixia RF 800 offers these features for less than $300. Why spend a thousand bucks on a fancy camera when you’ll get great shots from this? (Not all cameras in the Vixia range offer these features, so double-check specs before you buy.)

Question 3: Which is the best editing software?

Choosing editing software can lead to some heated debates—it’s like supporting football teams. But you’ll find most are robust today. So, I’m agnostic when it comes to choosing software.

Rather than recommend one software package over another, I suggest you think about how often you’ll use the software. If you make video once or twice a month, you’ll have to re-learn the software every time you fire it up. So, don’t use complex packages like Premier or Final Cut unless you’re editing every week. Instead, opt for something super easy to learn, like Camtasia or iMovie.

Question 4: How long does it take to make video?

This is one of those questions like, “How long is a piece of string?”

Several variables will affect your production time. One is skill level—the better you know your equipment and how to use it, the quicker you’ll be. Another is workflow—if you follow a solid workflow, it will speed up production. And how much you’re investing in the video will affect timing—for example, to edit a minute of documentary TV, you might spend two hours for every minute of output video. For cinema, where the production values are very high and often incorporate special effects, you could spend 20 hours or more.

So, where does the rubber hit the road for us in the training biz? I suggest that trainers with average video production skills, making semi-professional video, set aside 4 to 5 hours to produce every minute of final video.

You can read more about what’s behind these figures in my book Rapid Media Development for Trainers.

Question 5: How much does it cost to make video?

Here’s another question with multiple answers based on some variables. In the corporate video world, you’ll often hear $800 to $1,000 quoted as the cost to make one minute of video. This might be a sit-down interview with some b-roll and basic graphics. TV programs and commercials are much more. These costs are scary, especially now that there’s an increasing demand for video training content in organizations.

It is these very high costs that are leading training departments to train their own trainers and instructional designers to create instructional videos. They understand the nuances of their topics better than hired guns who make the videos. And the per-hour cost of trainers making video is between $165 and $200 per final minute of video. I explain how we estimate the cost for a trainer to make video at $165 per hour in a post from 2015.

These kinds of figures lead to the familiar debate, “Should trainers make their own instructional videos? Or should they hire professionals?” It’s an old argument. I think there are pros and cons for using both—and understanding why and when is critical. But this lower cost for making video is why developing trainers to learn production skills can be a critical investment that leads to more, and better quality, video made in-house.

Want to learn more? Join me for Core 4 in Anaheim.

About the Author
Jonathan Halls

Jonathan Halls is an author, trainer, and coach. He wrote Confessions of a Corporate Trainer (ATD Press, 2019), Rapid Video Development for Trainers (ATD Press, 2012) and was a contributing author to Speak More (River Grove Books, 2012) and the ATD Handbook: The Definitive Reference for Training & Development 2nd Edition (ATD Press, 2014). He is author of the ATD Infoline, “Memory & Cognition in Learning” (ATD Press, 2014) and has written numerous articles for T&D magazine. Jonathan is an ATD BEST Awards reviewer and has sat on the advisory committees for the ASTD International Conference & Exposition and TechKnowledge.

The former BBC learning executive now runs workshops in media, communication, leadership, and creativity. He is on faculty at George Washington University and facilitates ATD’s Master Trainer Program ™, Training Certificate and Rapid Video for Learning Professionals Certificate program. Jonathan has been training, speaking, and coaching for 25 years in more than 20 countries. He describes his work as “at the intersection of media, communication, learning, leadership, and innovation.”